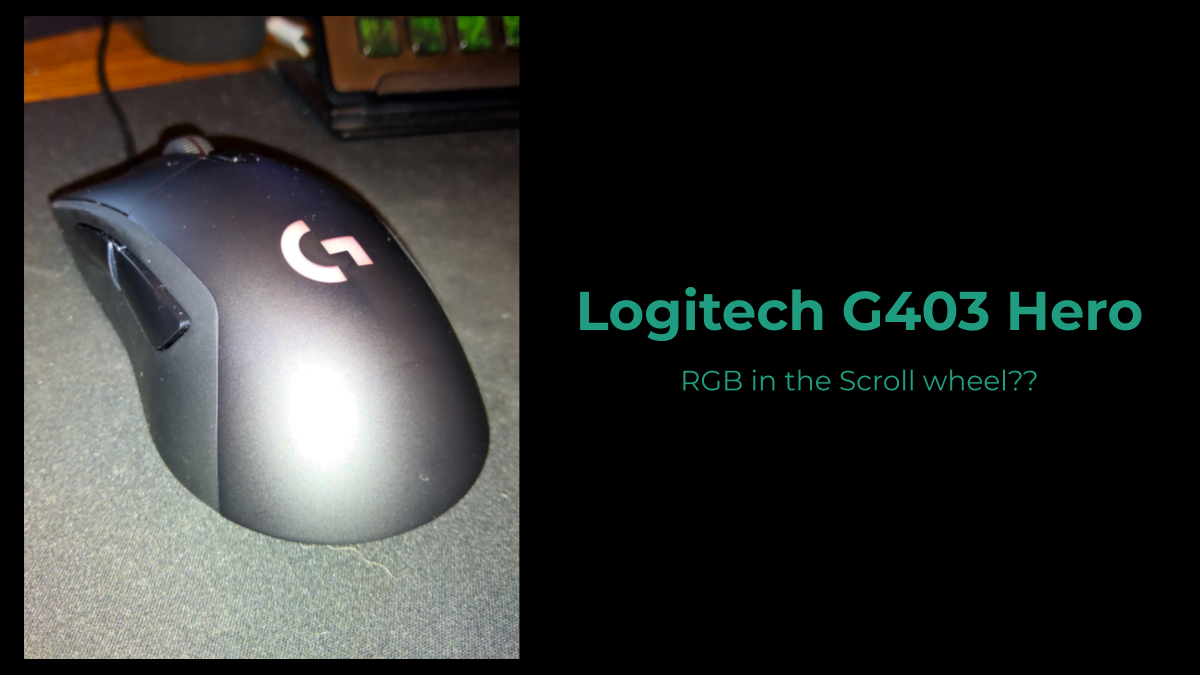 Now in general, Gaming hardware is something that some people think of as a marketing scheme. And in some cases, they would be 100% correct. But the Logitech G403 Hero is the sort of mouse that has some really cool features to it, but also some really weird features in addition. Is it a good gaming mouse? Should gamers go out of their way to buy this mouse? Let’s talk about that.

The Ergonomic Design of the Logitech G403 Hero

The mouse has a very clear similarity to the G703 mouse. If you look at pictures of the mice when putting side-by-side, you probably wouldn’t be able to tell the difference. In my testing of the mouse, I was coming from a Logitech G203 Prodigy. So, I wasn’t using anything ergonomic regularly. Every couple of days, I would use the M330 Silent Plus from Logitech when I used my laptop. But other than that, I used my G203 Prodigy mouse on my desktop for hours at a time every day.

The mouse is made of smooth plastic with a rubber grip for where the thumb goes on the left side. The mouse is ergonomically shaped for right-handed users, so lefties, you’re kind of screwed. But then again, lefties are pretty much screwed for all sorts of ergonomic mice, so this would be no exception. Next to the rubber grip are the two large back/forward buttons that are fully programmable in Logitech G Hub. You can use these to pretty much set off any macro of your choosing.

The braided cable is a nice touch from Logitech and it isn’t really anything that you end up interacting with very often, but it is still there. The mouse also has a removable 10g weight on the bottom that you can choose to keep or not. When unboxed, the weight is not pre-applied. So, you aren’t required to use it as soon as you get it. But, I’m the sort of person that likes having heft to a mouse. So, I ended up using the weight.

Setting Up and Configuring for the First Time

Replacing the G203 Prodigy with the Logitech G403 Hero was pretty easy. All that I had to do was plug in the mouse and set my configurations manually that I had for the G203 Prodigy mouse on the G403 mouse using Logitech’s G Hub app. Something that I wish Logitech would add to the app is the ability to migrate key-binds and other macros from previously used mice to new mice. This saves a user the trouble of having to manually input DPI settings and other key assignment settings.

When everything is configured, it does everything that you would expect a gaming mouse to do. You have all of your buttons for controlling your computer, and there isn’t really anything additional from any other gaming mouse. The mouse interacts nicely with Logitech G Hub, and pretty much any other gaming-related thing in general than any other Logitech mouse would interact with.

The Logitech G403 Hero has a little bit of RGB baked into it. The Logitech G logo is illuminated, and that goes for the scroll wheel as well. Now, I’m not entirely sure why someone would want the scroll wheel to light up, other than being able to see where it is during night time, but it seems to be pretty cool. I don’t know how much I’ll notice it, but a nice touch. It makes up for there not being a bigger RGB area like the G203 Prodigy.

Both of these mice are very nice to use. Below is a list of differences between the mice in terms of physical aspects and software aspects.

The Logitech G403 HERO is a very nice and easy-to-use gaming mouse, go figure, and is a very good choice for gamers. But, should you purchase it as an upgrade, or as your first gaming mouse? Yes! While it isn’t much of an upgrade from the G203 Prodigy, it is still quite a bang for the buck mouse and I think that any user coming from the G203 Prodigy will very much enjoy the G403 Hero. With the ergonomic shape and the removable weight, it is a very nice mouse to use and I recommend it.

If you want to discuss or learn more about gaming and the hardware that corresponds with gaming, then check out the NTG Developer Forums. You can ask questions and leave your comments and opinions on the latest and greatest tech that comes out! If you want to read more about Chay Chay Tech Time, then download our mobile app from NTG Developer, CCTT Reader, from the Amazon Appstore and Google Play Store. 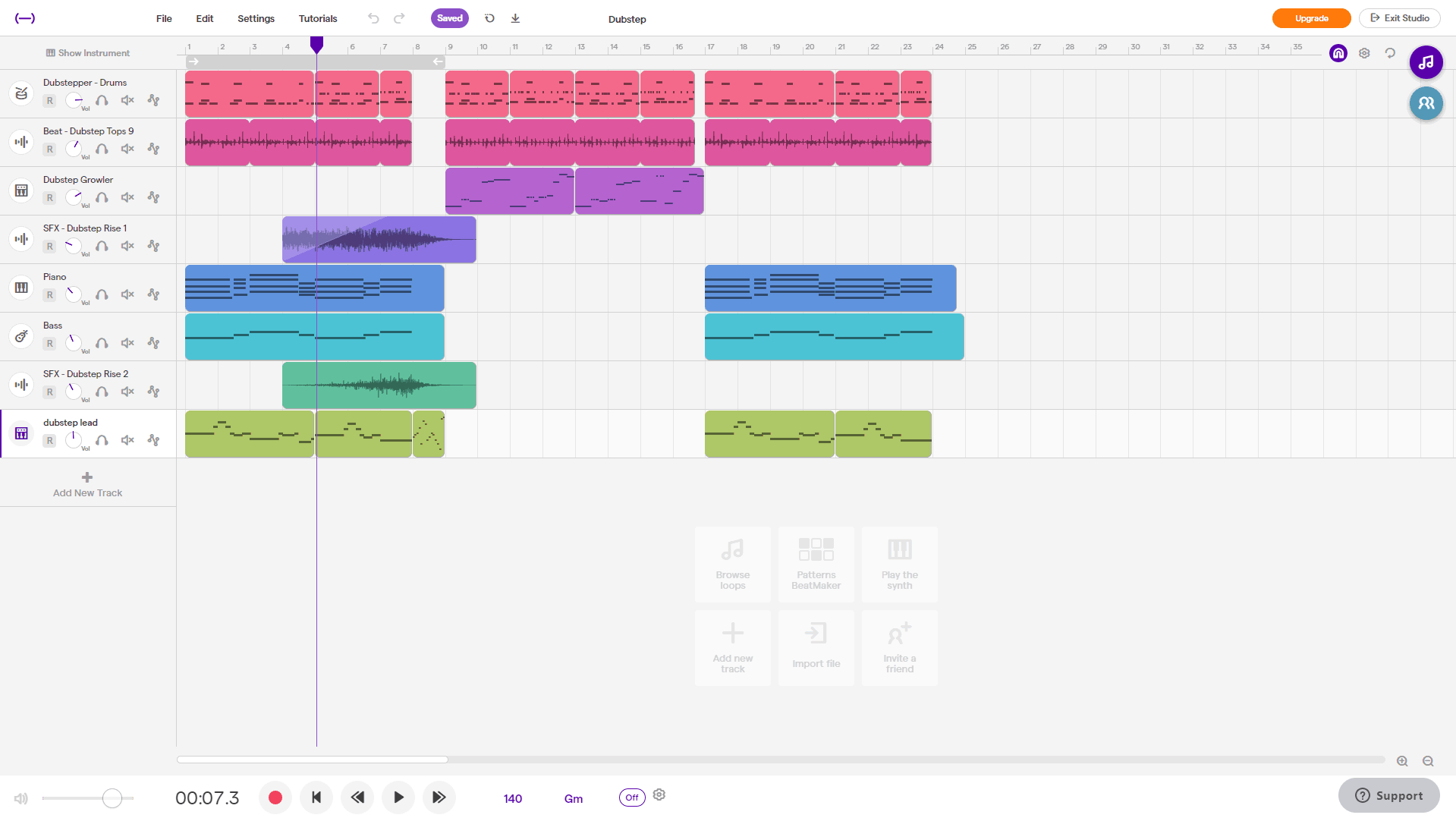 SoundTrap: Is It The Best Free Audio Editor? 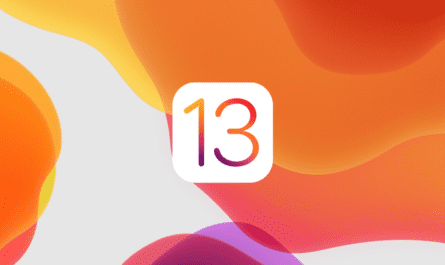 iOS 13 is a GAME CHANGER in Apple’s Mobile Software